After a wonderful spring and Easter, certainly weather wise, you might have been forgiven for thinking a wonderfully warm summer was on the way. Alas it was not to be. In vivid contrast to last year’s drought we have had a very wet August. someone asked me was I surprised truly I have to say not really? August is often not a particularly sunny month in the Lakes. I often think if you are trying to avoid the rain then May and June are a better time to visit. Why is it some people dislike the rain so much? Perhaps because I grew up with it, I don’t mind it, especially in the summer months as the rain isn’t joined by colder temperatures and howling winds. Someone else did say that there wasn’t a dry day in August, at least if it was dry during the day it rained during the night. However most people seemed to be able to get a last cut of siege or make hay whist we were blessed with a few dry days in early September. The wet weather did seem to help produce some gloriously enormous mushrooms. 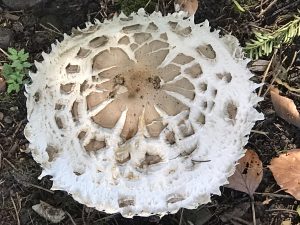 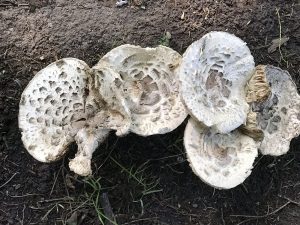 Now with the mild and wet weather the grass is still growing green and fresh. So some might not like the rain, but on reflection we should be very grateful to have such a plentiful supply.

I have not written here for some time, but I am feeling much better now. so for the few people who do muster the effort to read my prattlings, thank you for the messages. Normal service has been resumed and will continue as before!